TPP Trade Deal: What you need to know 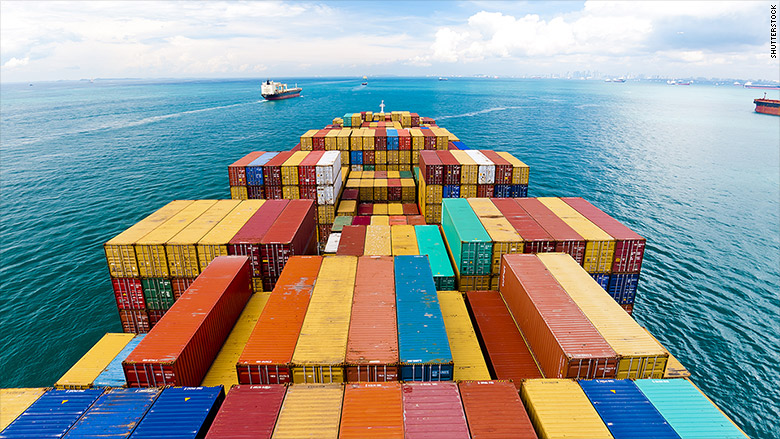 The Trans-Pacific Partnership, or TPP is a controversial trade agreement that's been years in the making. It would create a free trade zone around the Pacific, bringing together 12 countries that account for 40% of the world's economy.

1) The world's largest and third largest economies are part of the deal: the U.S. and Japan. The other countries are Australia, Brunei, Canada, Chile, Japan, Malaysia, Mexico, New Zealand, Peru, Singapore and Vietnam.

2) China is not part of the agreement. The world's second largest economy and largest exporter stayed on the sidelines for these talks. There is an expectation that this will give some developing countries, such as Vietnam, the chance to capture some of China's export market. But some believe that China and some other Pacific powers will eventually be brought into the TPP.

3) There is fierce debate on whether free trade deals are good or bad for American workers. Critics of the deal argue TPP will provide unfair competition for U.S.-made goods from businesses that use low-wage workers overseas. The Economic Policy Institute, a liberal think tank, estimates that NAFTA , directly cost the U.S. at least 700,000 jobs in its first 20 years.

4) Advocates say TPP will boost exports and support well-paid jobs at home. The U.S. Chamber of Commerce has its own study that claims 5 million U.S. jobs are tied to the jump in U.S. exports to Canada and Mexico under NAFTA.

5) The TPP could mean lower prices for U.S. consumers and businesses. If the deal means that manufacturers here can use cheaper imported parts or raw materials they'll be more competitive. Economists who support free trade argue that can improve a nation's wealth, even if some low-wage jobs are lost overseas in the process.

6) The deal still needs the approval of Congress before it takes effect in the United States. And this is by no means certain. It's sparked opposition on both sides of the aisle. A vote earlier this year to give the Obama administration the authority he needed to negotiate the deal only narrowly passed Congress, and that was before the presidential election campaign got going. Each nation also needs its legislature's approval in order to participate in the pact.

7) The deal will be a major issue in the presidential election. Already candidates such as Bernie Sanders on the left and Donald Trump and Ted Cruz on the right have come out opposed to it. Hillary Clinton, whose husband pushed free trade deals including NAFTA while he was president, has yet to take a position on the TPP.

8) This is the first trade deal that promises labor protections for workers in every country that's a party to it. U.S. labor critics question whether those protections can actually be enforced.

9) As a part of this deal, the U.S. wanted to boost intellectual property protections to make it harder to pirate U.S.-made drugs and software. Pharmaceutical patents are a particularly big issue, and drugmakers wanted protections to last 12 years. The final deal provides at least five years of protection, and possibly more depending on the circumstances.

10) The deal allows companies and countries to challenge another nation's laws and rules that have the effect of limiting overseas companies from competing in their market. But U.S. critics say that could allow foreign companies to use the agreement to invalidate U.S. safety rules and regulations.